From Dr. Stephen Warren, University of Washington (8/22/2007): The world record for low temperature was set at Vostok Station, Antarctica, on 21 July 1983. Cerveny et al. (2007) give this temperature as -89.4°C in their Table 2, quoting Krause and Flood (1997), who gave the same value. However, the actual reported temperature was -89.2°C, as shown in the logbook of monthly summaries (Figure 1), which I photographed at the Vostok weather office in January 1991. The error in Krause and Flood (1997) was probably the result of a conversion from Celsius to Fahrenheit and rounding to -129°F, then back-conversion to Celsius.

Krause and Flood, 1997: Weather and Climate Extremes, US Army Corps of Engineers Topographic Engineering Centerpp. 89; Information Bulletin of the Soviet Antarctic Expedition (No. 105)

This record was confirmed by the Arctic and Antarctic Research Institute at Leningrad (St. Petersburg), Russia. Extreme cold resulted from absence of solar radiation, clear skies, little vertical mixing, calm air for a long duration and the station's high elevation. 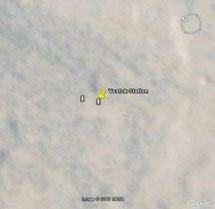 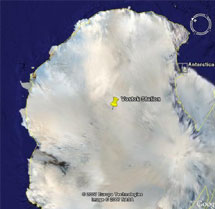