The world's lowest average yearly precipitation in 0.03" (0.08 cm) during a 59-year period at Arica Chile. Lane notes that no rainfall has ever been recorded at Calama in the Atacama Desert, Chile. Brooks notes that "the rain which occurred in desert Peru and northern Chile in 1925 was said to have been for some places the first within historic times." Dennis notes, "No rain fell from October 1903 to January 1918 (more than 14 years)." 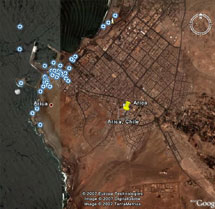 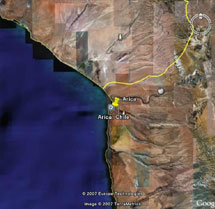