Before total lightning mapping, systems such as the NLDN (which locates primarily return strokes) would classify return strokes which were separated by half a second or so in time, and tens of kilometers in distance, as separate flashes. With VHF lightning mapping systems, such strokes are often seen as part of the same flash, as it propagates over tens of km with a duration of several seconds through a large stratiform region. If early activity induces subsequent breakdown in the same charge region, this should all be considered as one flash. In smaller storms the separation in distance will be small; in a large stratiform charge region, the separation in distance can be rather large. Consequently, for this investigation, the consensus of the committee was that there was one single flash with a duration of 7.74 seconds. That lightning flash which was recorded on 30 August 2012 (beginning approximately 04:18:50 UTC) is thereby deemed acceptable as the WMO’s official “Longest Duration” record lightning extreme for the globe 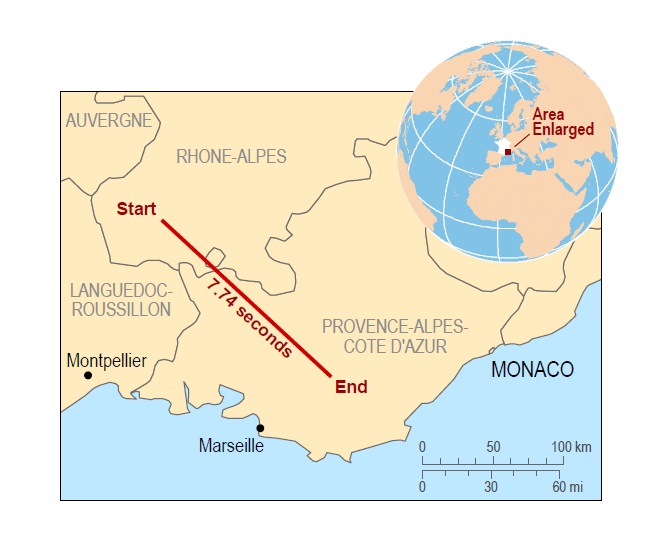 Locator Map (Courtesy of Bulletin of the AMS)