The top GLM flash in terms of distance ended at 11:05:57 UTC on 10/31/2018 over southern Brazil. The overall extent of the flash (dashed line connecting the most distant groups) was measured to be 7098 km across. A convex hull (solid line) is also drawn around the groups that comprise the flash. The top and right panels depict the longitude (top) and latitude (right) extent of each group, and show how the flash began in the center of the map (51 W, 28 S) and then developed simultaneously in two directions over time: one branch propagating to the northwest, and another to the southeast. The flash duration was 11.360 ±0.002 s flash duration. Most groups resulted from dim (< 100 fJ) pulses that illuminated a few hundred square kilometers at a time. Though there were times during the flash when no groups were recorded, the flash continued to develop in an orderly sequence from one group to the next over its entire duration.. 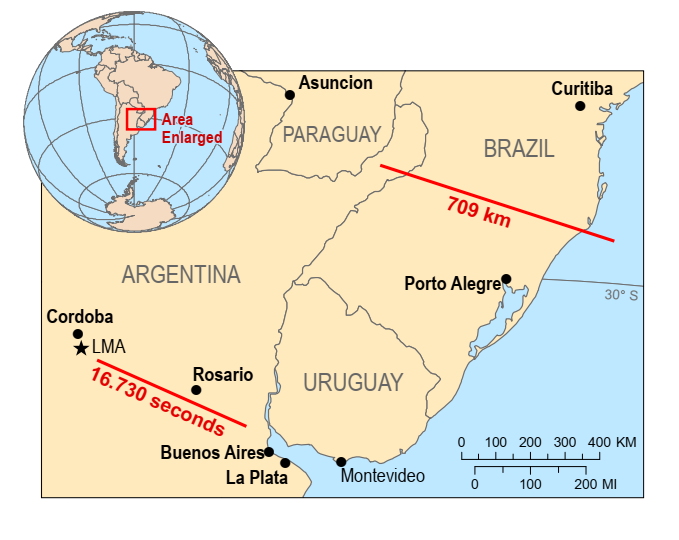