In early 2014, an international panel of meteorologists and climatologists assessed the precipitation record at Cherrapunji in India on 15–16 June, 1995. They recommended (and the WMO Rapporteurs accepted) the rainfall record accumulated during this 48-hour period as being the new "highest 48-hour precipitation for the world." The accumulated precipitation during that 48-hour period at Cherrapunji was 2493mm. That exceeds the old WMO recognized extreme value of 2467mm which occurred at Aurère, La Réunion on 7-9/4/1958. A writeup of the synoptic situation and data analysis is given in the journal Weather (December 2007, vol 62(12), page 349) by Dr. Pulak Guhathakurta [Head, Hydrometeorology Division, Office of ADGM (Research), India Meteorological Department, India] 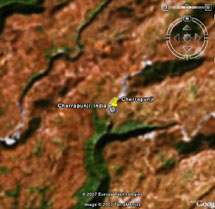