Considerable controversy has arisen about the record low temperature extremes at Verkhoyansk because of instrument corrections. From Dr. A. Meshcherskaya: "It is accepted that the coldest temperature for the Northern Hemisphere occurred in Verkhoyansk, Russia on 6 and 7, 1892. But in those days the temperature was measured by spirit thermometer, which is less accurate than a mercury thermometer. The spirit is the evaporating liquid, therefore measurement by spirit thermometers must be corrected (usually the correction is positive, being about 0.2°C, but it is not so simple). According to "Climate of the USSR, issue 24, part I, Leningrad, 1956," the coldest temperature (-67.7°C) occurred in Oimaykon on 6 February 1933. It is necessary to have in view that winters in East Siberia during the 20th century have become about 3°C warmer.

By the opinion of the majority of Russian climatologists, the coldest place in the Northern Hemisphere is Oimyakon. Since the 30-th years of 20th century, almost every winter Oimaykon is colder than Verkhoyansk. The mean difference of minimum winter (December-February) temperature in Verkhoyansk and in Oimyakon for 43 coupled years in 20th is 2.3°C. 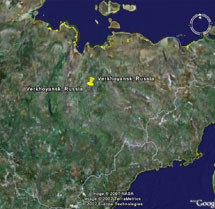 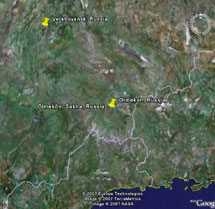 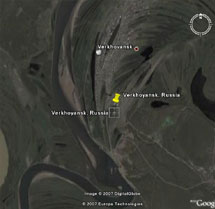 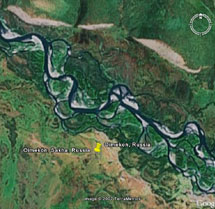