Measured by observers Salvatore Pagliuca, Wendell Stephenson and Alex McKenzie, the highest wind speed recorded at 231 mph (372 km/h) as a peak gust (at 1:21 P.M.)with a 5-minute wind speed of 188 mph (303 km/h) between 12:25 and 12:30 P.M. on April 12, 1934. The speed of the peak gust was measured by a heated rotation anemometer but in such strong winds, airflow speed can only be recorded approximately and actual velocity may be in error by 10 to 40 mph. A value of 225 mph after anemometer calibration is given in some sources (Court, 1953) and was cited in earlier editions of the world weather extremes map (example McWhirter and McWhirter). Salavatore Pagliuca, the chief observer, noted that the observatory building shook considerably under the impact of these winds and suggested that the heavy deposit of rough frost on the observatory building so increased the rigidity of the structure so that it was able to withstand the winds. 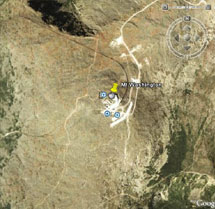 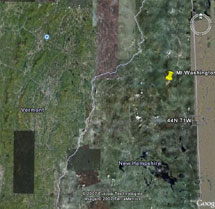